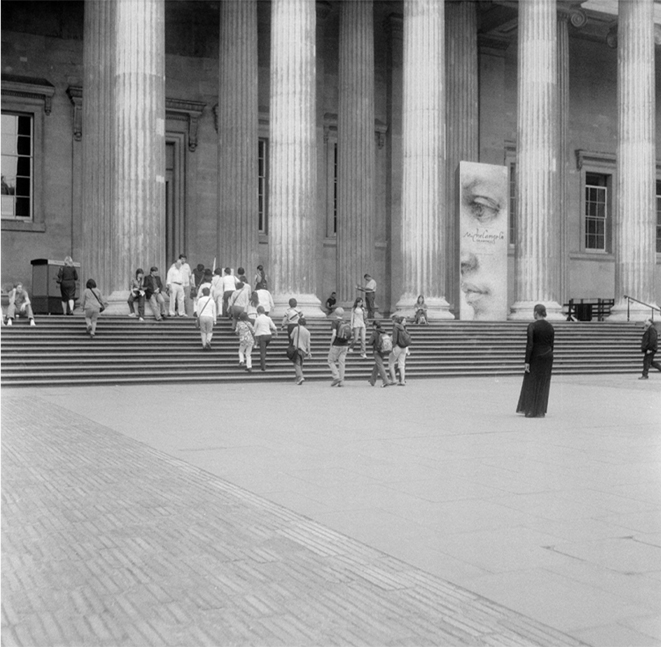 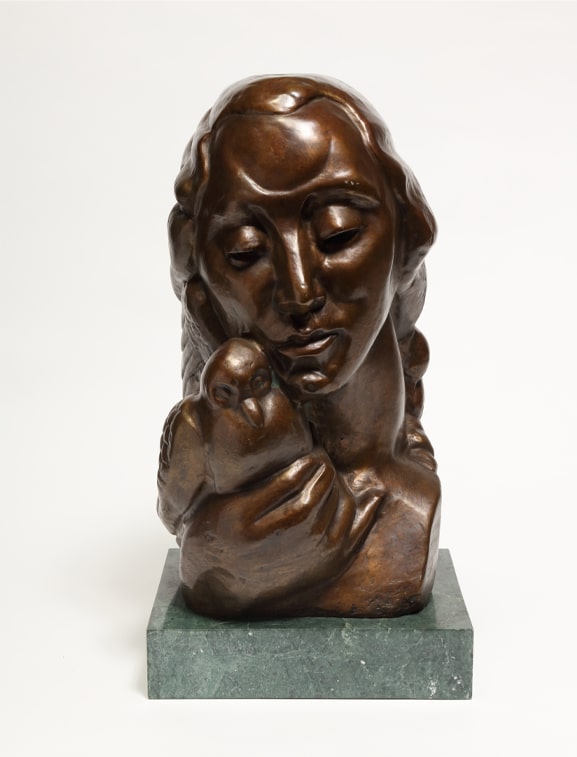 Selma Burke (American, 1900 – 1995) was an accomplished artist, artist’s model, arts administrator, educator, and nurse. In 1988, Spelman College awarded Burke with an Honorary Doctor of Humane Letters. She maintained a long relationship with the College, and frequently interacted with administration, faculty, and students. Burke is perhaps best known for creating the bronze […]

The Women Quilters of Gee’s Bend 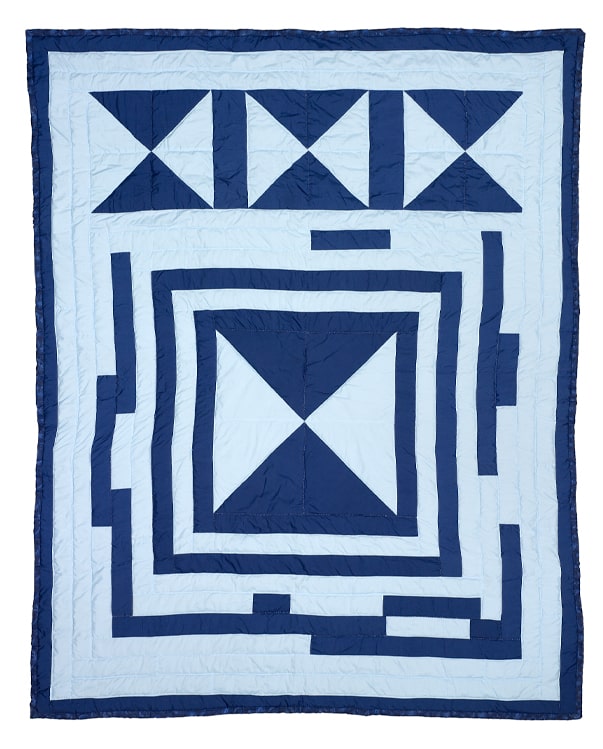 Gee’s Bend is a small, remote, Black community in Boykin, Alabama. The women quilters of Gee’s Bend have created quilts dating from the early twentieth century to the present. The public first became aware of their work when they participated in the Freedom Quilting Bee cooperative. Their quilts were sold to department stores and provided […] 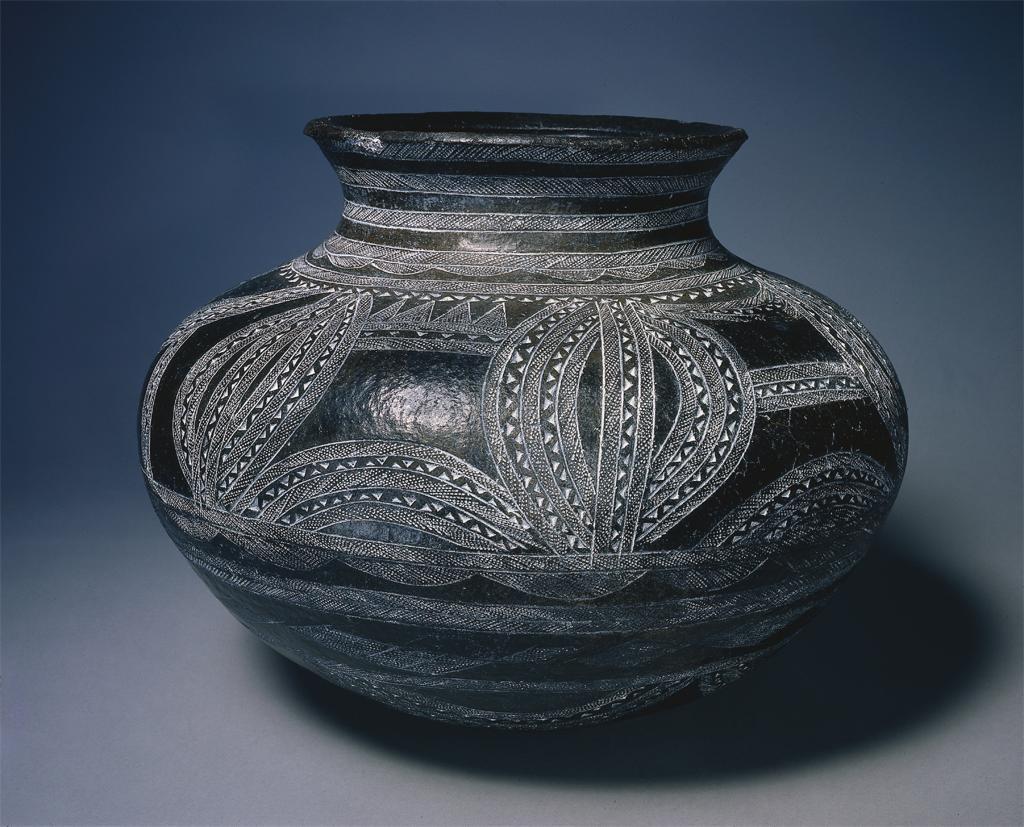 Gale and William Simmons have promised a rich selection of 23 works from their extensive collection of African ceramics to Spelman College. Created by women who reside throughout the continent, from Burkina Faso to Mozambique, the diverse group of pots exemplifies beauty, talent, and tradition. Throughout Africa ceramics serve utilitarian and ceremonial purposes. The clay […] 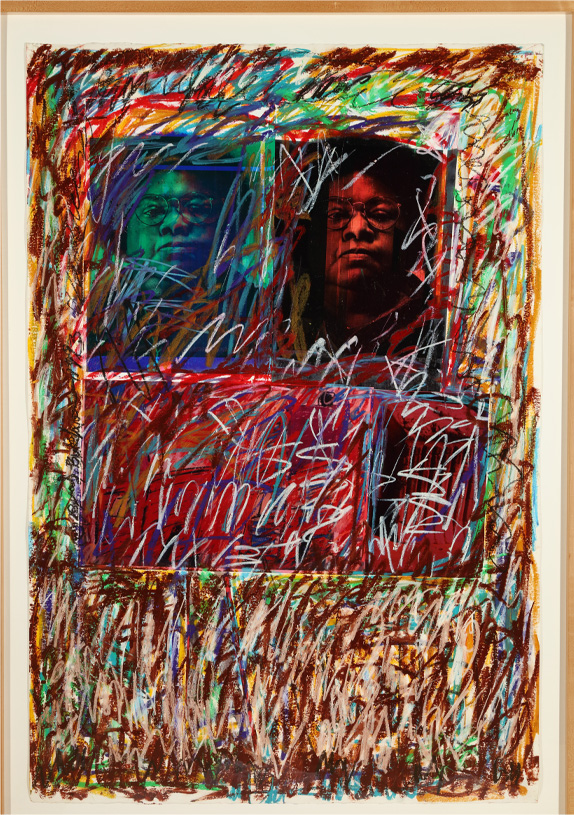 Beverly Buchanan (American, 1940–2015) examined southern vernacular architecture in her vibrant and expressive sculpture, paintings and photographs. Throughout her formative years, she often accompanied her father, who served as the Dean of the School of Agriculture at South Carolina State College, as he visited farmers and sharecroppers throughout South Carolina. Buchanan began a career in […] 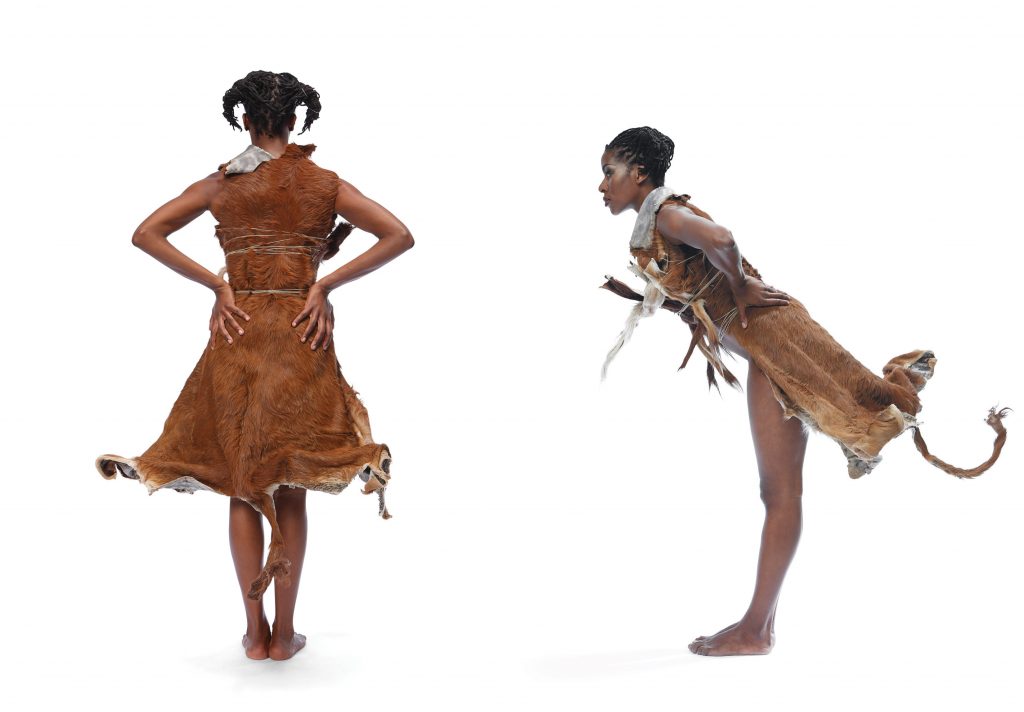 To honor its unique mission to highlight works by and about women of the African Diaspora, the Museum launched the 15 x 15 Acquisitions Initiative in 2011, an initiative to purchase fifteen important works of art in celebration of its 15th anniversary. This project enriched and expanded Spelman College’s permanent collection. An anonymous gift coupled […] 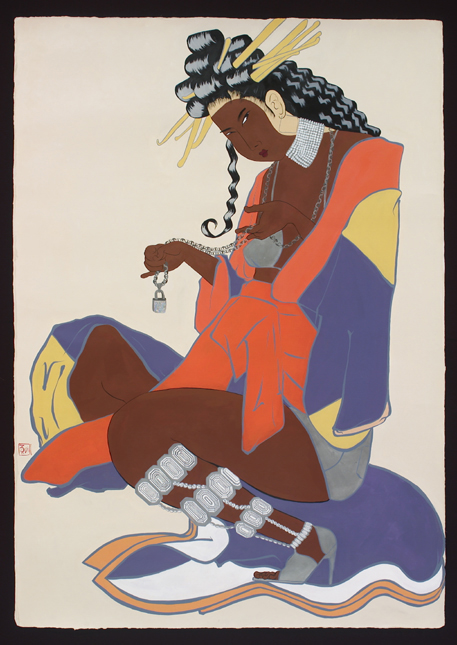 To honor its unique mission to highlight works by and about women of the African Diaspora, the Museum acquires a significant work from each exhibition it organizes. Many of the Museum’s recent acquisitions have been made possible through the generosity of donors and Friends of the Museum. Such support enabled the Museum to acquire works […] 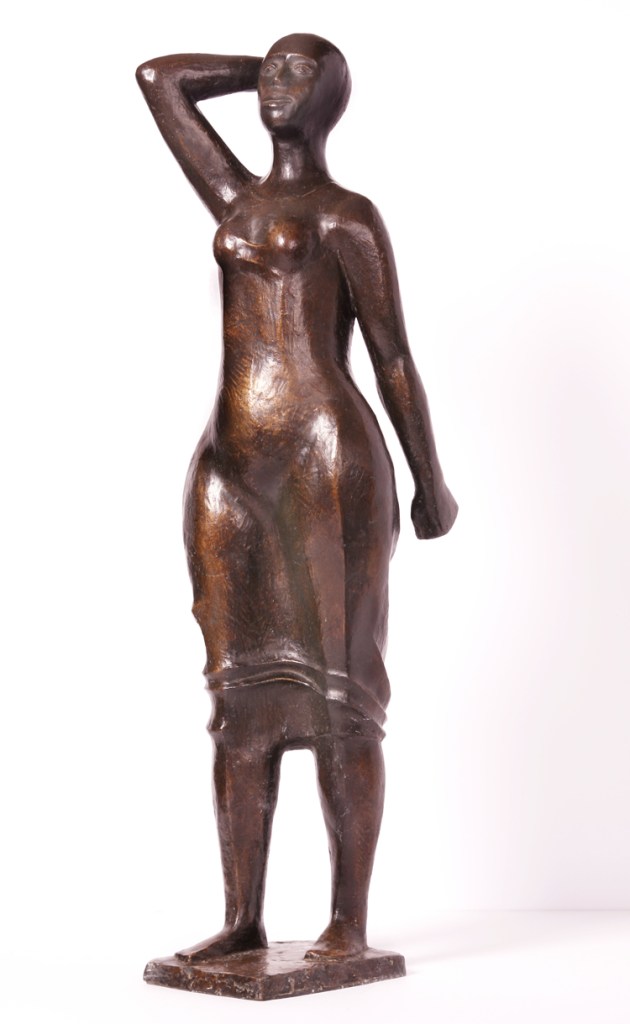 African Art and the Spelman Collection 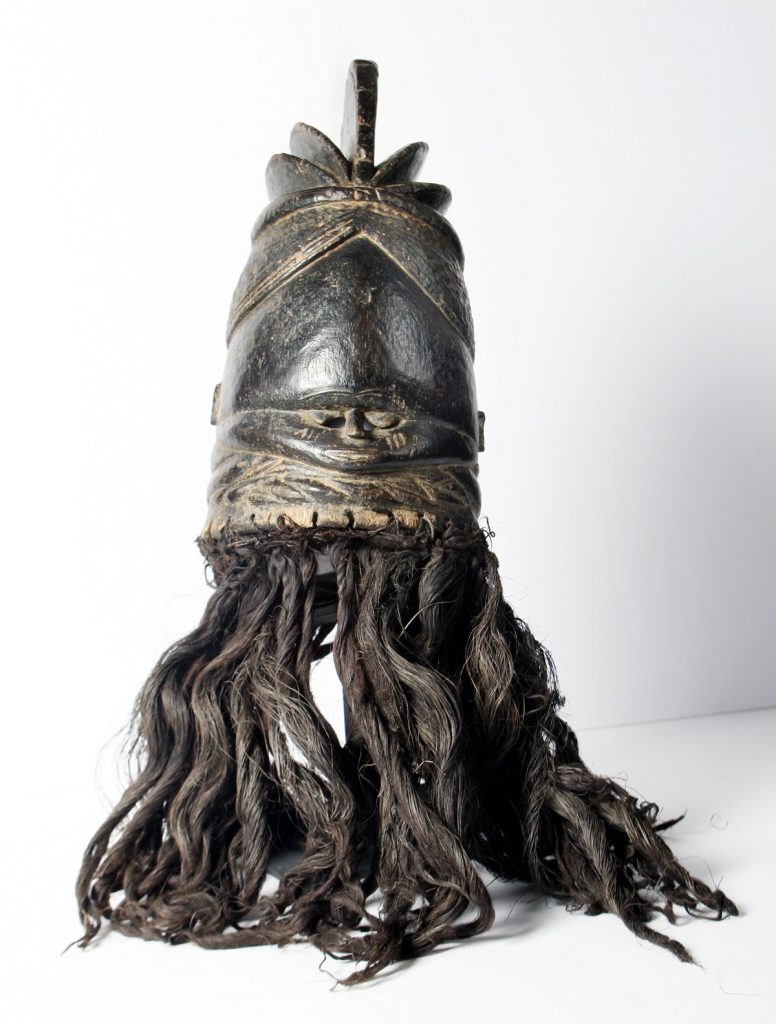 African art comprises a significant portion of the Spelman collection. This seed was planted when Mabel Murphy Smythe-Haith (1918–2006) gifted her collection of African art to the College. Smythe-Haith was a Spelman alumna and Trustee Emerita, the United States Ambassador to the Republic of Cameroon and Equatorial Guinea, the Deputy Assistant Secretary of State for […] 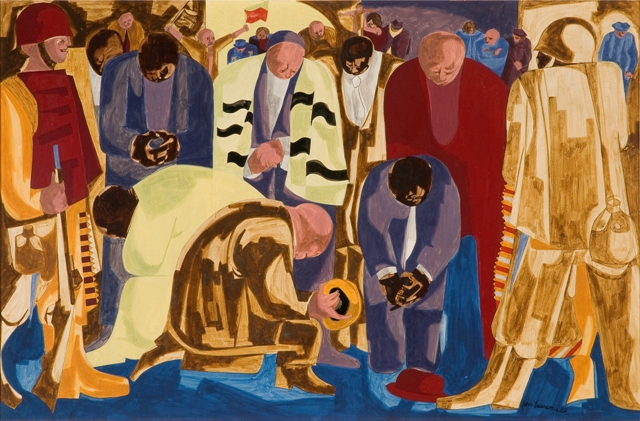 The Atlanta University Center (AUC) Coordinated Art Program offered an enhanced and diverse arts curriculum to AUC students. The AUC Coordinated Art Program hosted an artist-in-residence program that was spearheaded by Hans Bhalla, an alumnus of Talladega College, who served as chair of the Spelman College Department of Art from 1967 to 1979. The extensive […] 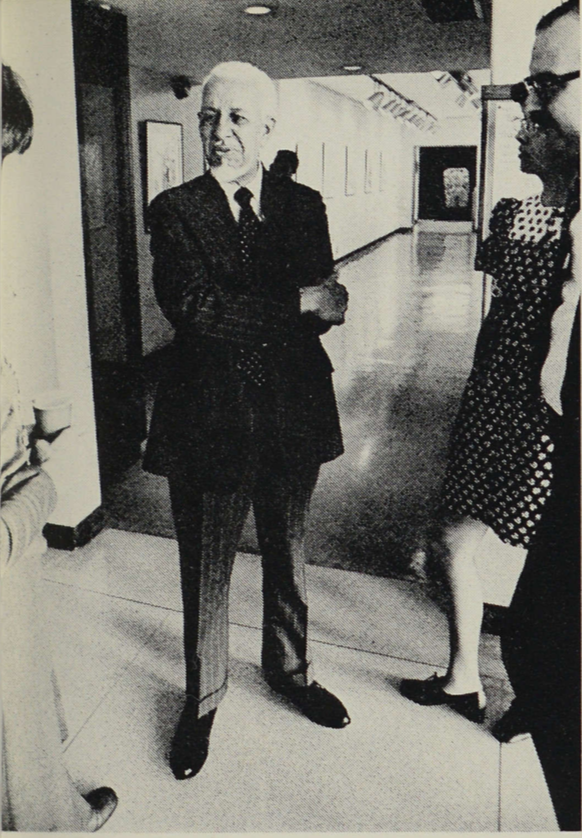 Hale Woodruff (1900–1980) was an artist and art educator who is renowned for his body of works that captured African American experiences. Woodruff’s legacy is particular importance to Spelman College is because of his leadership in positioning the Atlanta University Center as the premier site in the southeast for art instruction for African Americans at […]