Collection on the Road

Home
Collection on the Road

Spelman College has an established history of sharing artworks from its collection with other museums and institutions to promote their presentation to the public. In 1977, the College proudly loaned the paintings Four Figurations (1952) and Celestial Gate (1953) by Hale Woodruff (1900 – 1980) to the Los Angeles County Museum of Art for their inclusion in Two Centuries of Black American Art, which later traveled to Atlanta’s High Museum of Art, the Dallas Museum of Fine Arts, and the Brooklyn Museum. Spearheaded by guest curator David. C. Driskell, this landmark exhibition is now recognized as the first comprehensive survey of African American art. Another work featured in the exhibition, Mother and Child (1968) by Selma Burke, was bequeathed to Spelman by the artist in 1995. Rich histories such as these are foundational examples of the College’s longstanding belief that works of art provide opportunities for discovery and should, therefore, be exhibited and shared. As a result, works from Spelman’s collection have been featured in exhibitions in the region, around the country, and throughout the world, ultimately serving as ambassadors for the College.

We hope that you will have an opportunity to view works from the Spelman College Collection either on campus or while they are on loan to other institutions. We invite you to return to this page regularly to learn more about where works from the collection will be featured in upcoming exhibitions.

Into the Unknown – Austria Since 1918

Into the Unknown – Austria Since 1918 celebrates the centennial year of Austria as a democratic republic at the recently opened House of Austrian History. The exhibition is an examination of the republic's birth, death, and rebirth of democracy and one of the darkest chapters in world history, Nazi occupation. Into the Unknown takes a critical, balanced look at the country’s recent heritage and what it means to be Austrian. 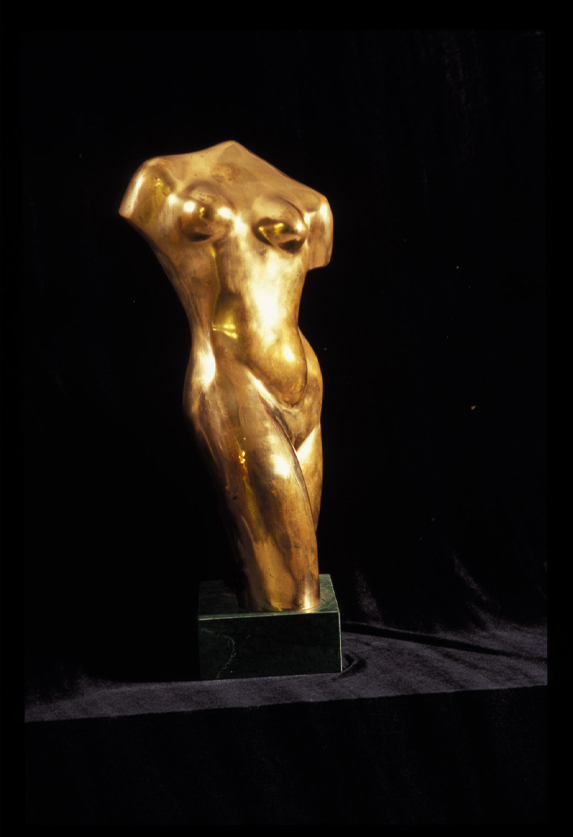 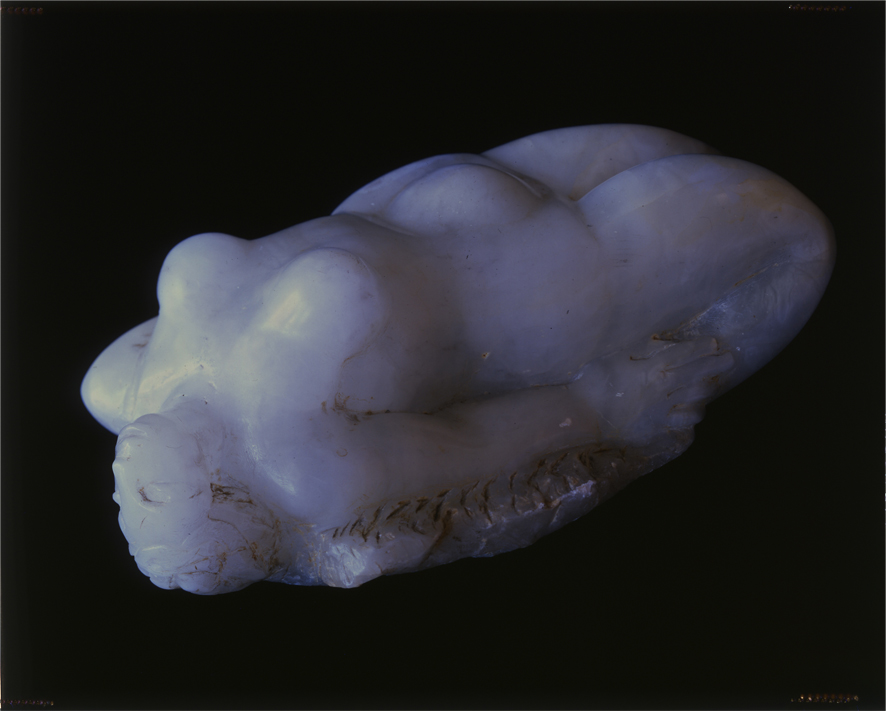 We Will Walk – Art and Resistance in the American South

We Will Walk – Art and Resistance in the American South is the first exhibition of its kind in the United Kingdom, revealing a little-known history shaped by the Civil Rights period in the 1950s and 60s. It brings together sculptural assemblages, paintings, and quilts by more than twenty African American artists from Alabama and surrounding states. Featured artists lived through the Civil Rights struggle and its aftermath, often in conditions of poverty. This art is characterized by the remaking and reuse of materials through necessity, custom, culture, and innovation as well as a vital connection to place and nature. The exhibition also features Civil Rights music and documentary photographs that reveal the links between the art and its context. Enjoy a virtual tour of this original exhibition. 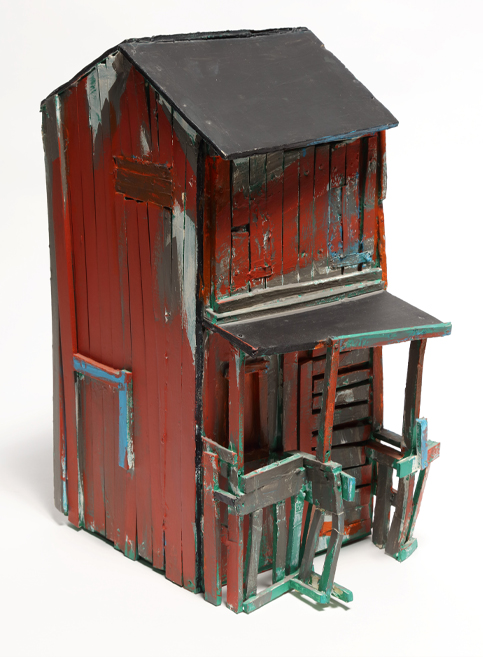 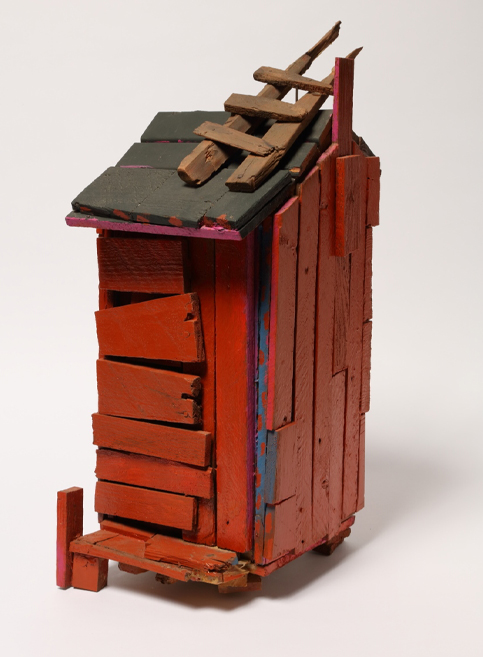 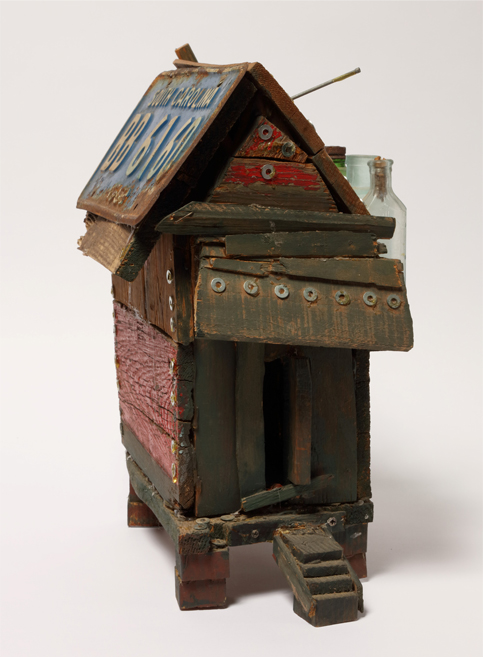 LaToya Ruby Frazier and The Notion of Family

Photographer LaToya Ruby Frazier was examining  a book about the history of her hometown of Braddock, Pennsylvania, and noticed that it omitted African-Americans entirely. Three photographs from her The Notion of Family series, which are featured in this exhibition, constitute her visual resistance to the "continued omission, erasure, invisibility, and silence surrounding African-American sacrifices to Braddock and the American grand narrative." The images, taken over twelve years, chronicle her own family’s life in Braddock, particularly focusing on the artist herself, her mother, and her grandmother. Braddock has struggled for decades due to the loss of steel industry jobs, the high incidence of pollution–borne illnesses, population loss, and redlining. Although race may have initially inspired her series, Frazier says her work points to societal issues beyond race: "This is a race and class issue that is affecting everyone. It is not a Black problem, it is an American problem, it is a global problem. Braddock is everywhere."

Wielding her camera, as she says, as "a weapon" of change, performing and collaborating with her family and her community, Frazier resets a narrative and retells a history, actively. In conjunction with this exhibition, LaToya Ruby Frazier delivered the Chapman Lecture in the Humanities which she entitled, “Art as Transformation: Using Photography for Social Change” at Wofford College on October 3, 2019. 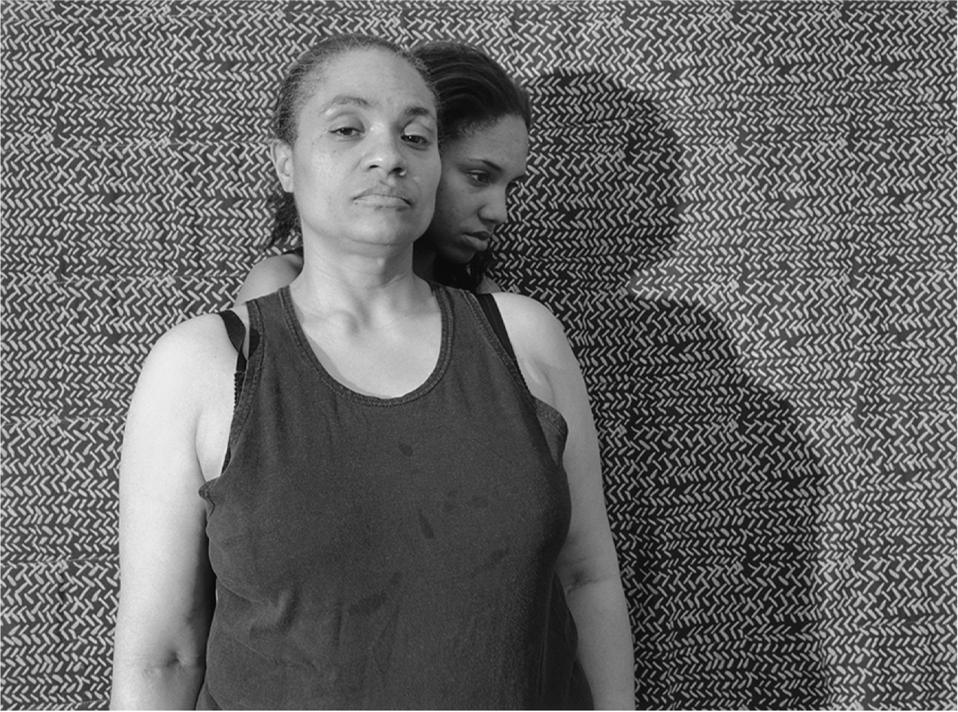 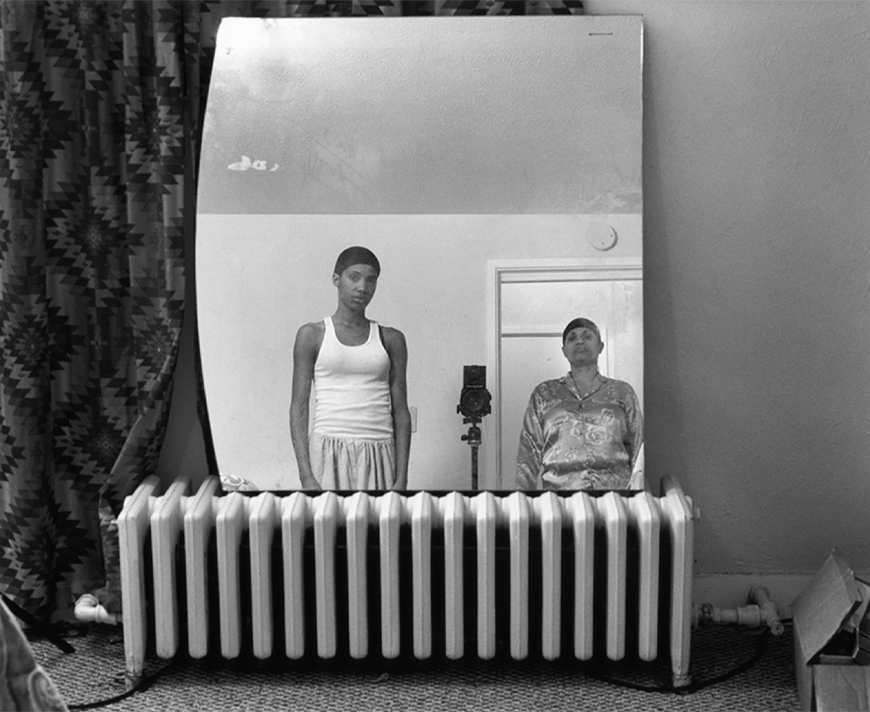 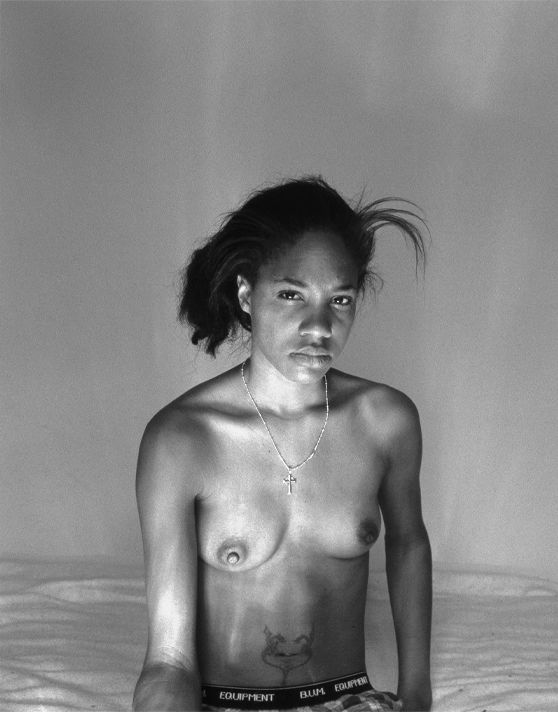 UKNOWHOWWEDU features artwork by four women of color—Rozeal, LaKela Brown, Georgie Nakima, and Stephanie J. Woods—who are using their practices to focus on the power of identity, the imprint and ownership of Black culture, and the desire to resist the “loss of self-definition.” 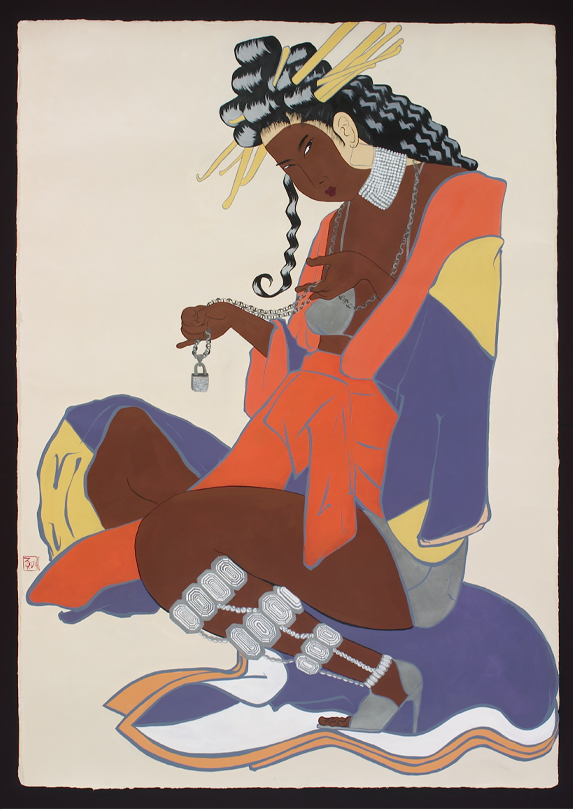 Paul R. Jones Museum at the University of Alabama

Buchanan is noted for her exploration of Southern vernacular architecture and used sourced wood scraps and foam core to build her signature “shacks.” Whether inhabited or abandoned, her structures are meant to embody the spirit of those who lived there, what she referred to as “emotional groundings.” Buchanan stated “A lot of my pieces have the word ‘ruins’ in their titles because I think that tells you this object has been through a lot and survived — that’s the idea behind the sculptures. . . it’s like, ‘Here I am; I’m still here!” 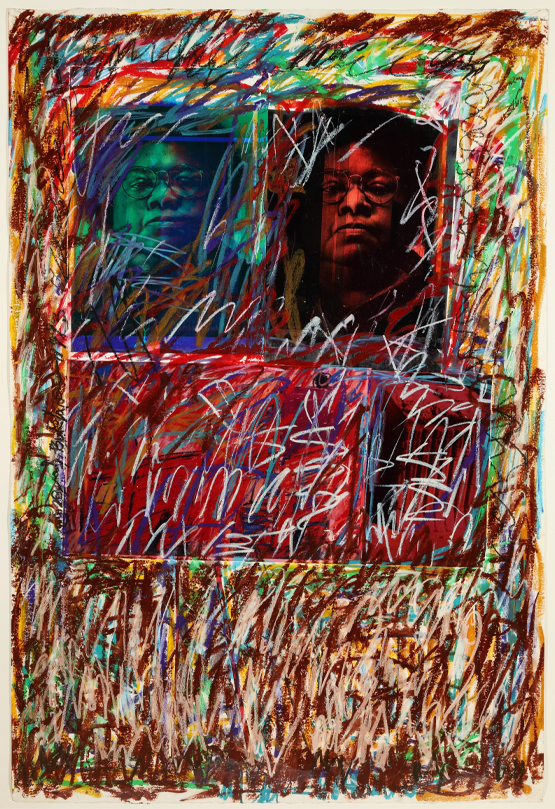 Augusta Savage: Renaissance Woman is the first exhibition to reassess Harlem Renaissance artist Augusta Savage’s contributions to art and cultural history in light of twenty-first-century attention to the concept of the artist-activist. A gifted sculptor, Savage (1892 – 1962) became a significant teacher, leader, and catalyst for change. Overcoming poverty, racism, and sexual discrimination, she became one of this country’s most influential artists of the 20th century, playing an instrumental role in the development of some of the most celebrated African American artists.

A central figure in the Harlem Renaissance, Savage worked with other leaders, writers, musicians, and artists to showcase the contributions of African American culture. As a community organizer and teacher, she created a bridge between the first generation of Harlem Renaissance artists and the subsequent generation. Selma Burke, whose work was included in the exhibition, was recruited by Savage to teach at the Harlem Community Arts Center. Savage's influence inspired Burke to found the Selma Burke Art School in New York and the Selma Burke Art Center in Pittsburgh. 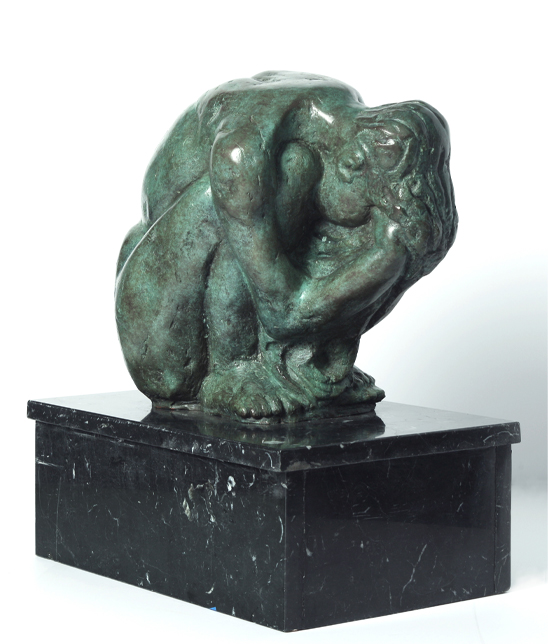 The Art Institute of Chicago

The Museum of Modern Art

Charles White: A Retrospective unites a selection of White’s finest paintings, drawings, and prints, presenting the full breadth of his work and demonstrating his artistic development. Over eighty paintings, drawings, and prints were assembled to trace Charles White’s four-decade career from his emergence in Chicago through his mature work as artist, activist, and educator. The artist powerfully interpreted African American history, culture, and lives over the course of his four-decade career. The themes he explored—African American history and the fight for freedom, the nobility of Black people, and the dignity of labor and human nature—reveal his talent and passion, and encourage viewers to consider current questions of history, politics, and identity in relation to the recent past.

Charles White: A Retrospective—the first major retrospective of White’s work in more than thirty-five years—showcased an accomplished artist whose work continues to resonate amid contemporary national dialogues about race, work, equality, and history.

Howardena Pindell: What Remains to Be Seen

The Museum of Contemporary Art Chicago

Howardena Pindell: What Remains to Be Seen is the first major survey of the work of the groundbreaking, multidisciplinary artist. The exhibition spans the New York-based artist’s five decade-long career, featuring early figurative paintings, pure abstraction and conceptual works, and personal and political art that emerged in the aftermath of a life-threatening car accident in 1979. Trained as a painter, Pindell has challenged the staid traditions of the art world and asserted her place in its history as a woman of African descent. The exhibition traces themes and visual experiments that run throughout Pindell’s work up to the present. It also highlights Pindell’s work with photography, film, and performance, media she has used to explore her place in the world.

Howardena Pindell: What Remains to Be Seen was curated by Naomi Beckwith during her tenure as the Marilyn and Larry Fields Curator at the Museum of Contemporary Art Chicago, and Valerie Cassel Oliver, the Sydney and Frances Lewis Family Curator of Modern and Contemporary Art at the Virginia Museum of Fine Arts.

Visual Art and the American Experience — Religion and Spirituality

Visual Art and the American Experience is a testament to the power of art and its connection to our national heritage. Through the exploration of various themes, eras, and artistic styles, the exhibition is a lens through which we can learn about the history of American art and the African American experience. The Religion and Spirituality section of the exhibition is comprised of loans from Historically Black Colleges and Universities.