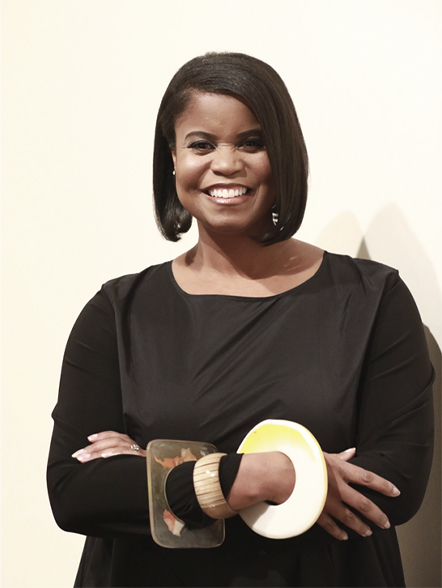 Andrea Barnwell Brownlee, Ph.D. C’93 is an art historian, curator, writer, and the Director of the Spelman College Museum of Fine Art and the Senior Strategist for the Atlanta University Center Art History + Curatorial Studies Collective. She is widely recognized for her leadership, ambitious vision, and seminal publications. A member of the leadership team that piloted the Curatorial Studies Program at Spelman College with the support of the Andrew W. Mellon Foundation beginning in 2014, she has a demonstrated commitment to educating the next generation of museum professionals.

Dr. Brownlee is the recipient of several academic, professional, and scholarly awards including the 2013 David C. Driskell Prize in African American Art.
Dr. Brownlee, an alumna of Spelman College, earned her Ph.D. in Art History from Duke University in 2001.

In the spring of 2012, Cinema Remixed & Reloaded: Black Women Artists and the Moving Image Since 1970, which she curated with Valerie Cassel Oliver, who is currently the Sydney and Frances Lewis Family Curator of Modern and Contemporary Art at the Virginia Museum of Fine Arts, earned international recognition when it was featured in the 11th Havana Biennial. This achievement marks the first time that a curatorial team from the United States was invited to participate in the official program of the Havana Biennial—the longest running international biennial dedicated to presenting works of art from Latin America, Asia, and Africa.

Dr. Brownlee has curated and co-curated many exhibitions, most recently Deborah Roberts: The Evolution of Mimi (2018) and Mildred Thompson: The Atlanta Years, 1983 – 2003 (2019, with Melissa Messina). She has also contributed to several publications, including, most recently, the Routledge Companion to African American Art. Dr. Brownlee is a member of the Association of Art Museum Directors.